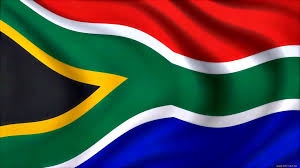 At Stellenbosch University, there have been numerous instances of racism and discrimination. The university recently hosted a conference to discuss these issues and potential remedies.

In the past few months, Stellenbosch University has seen several incidences of racism with an inquiry finding that black staff and students do not feel welcome on the university’s campus.

The Senior Director of Social Impact and Transformation at SU, Dr Leslie Van Rooi says this is the third meeting which has been held in 2022 regarding racism and transformation.

SU staff have been involved in internal discussions on the nature of transformation at the university.

While local communities in Stellenbosch, which include the Kayamandi, Cloetesville and Pniel communities also provided their opinion on what the university can do differently to better itself and its surrounding environment.

He emphasized that SU must make sure that their curriculum and academic endeavours allow for an engagement that deals with the history of South Africa as well as race-based science.

Van Rooi says that SU aims to openly deal with matters of racism and discrimination in residences and environments where people from different backgrounds meet and engage with each other around the campus.

The university aims to invest in programmes that change attitudes and deal with biases both in the classroom and in real world settings.

Withdrawals from Sassa Gold Cards have been suspended for December.