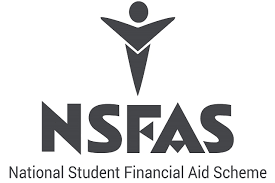 The National Student Financial Aid Scheme celebrated its 30th anniversary of funding financially disadvantaged students who are pursuing their tertiary qualifications at institutions across the country.

The National Student Financial Aid Scheme (NSFAS) held a gala dinner at the Gallagher Convention Centre in Johannesburg on Thursday, 1 December 2022 to celebrate its 30th anniversary.

NSFAS was established through an Act of Parliament as an independent statutory body in 1999 and supported 83 251 students at public universities by the year 2000. These students received support to the value of R437 million.

In 2010, students at Technical Vocational and Education and Training (TVET) colleges were included in NSFAS financial support for the first time. By this time 125 899 students were funded and the NSFAS budget grew to R1.76 billion.

NSFAS operated as a loan until December 2017 and then in 2018, the government introduced a new fully-subsidized model of student funding which has continued to be in place.

The fully-subsidized model means that students receive support for expenses such as registration, tuition, accommodation and learning materials.

By 2020, the bursary scheme was funding 765 740 students with a total budget from the government of R37 billion. In 2022, the NSFAS budget is at R47 billion and continues to grow over the medium term.

More than 60% of undergraduate students in public universities are receiving NSFAS funding and over 90% of students in TVET college are NSFAS-funded students.

The dropout rate for NSFAS students is 20.8% which is lower than the national cohort which reports a dropout rate of 32.4%.

Minister Nzimande states that the throughput rate indicates the importance of financial support for student success in higher education.

He believes that NSFAS will continue to contribute to the socio-economic development of South Africa as many NSFAS-funded students who have obtained their qualifications have become active and hard-working members of society.

Withdrawals from Sassa Gold Cards have been suspended for December.